Where progressives and conservatives agree on clean energy

From an ideological perspective, it’s curious that clean energy became a partisan issue. Looking at it as a technology, there is a ton to like about renewables across the political spectrum.

This hasn’t escaped political conservatives outside the beltway. A number of conservative groups champion clean energy, from the Conservative Energy Network (CEN) and Young Conservatives for Energy Reform (YCER) to the Christian Coalition for America.

As the federal government considers a massive infrastructure bill that would spur clean energy growth and decarbonize the economy, it’s worth looking at where the conservative and progressive ideologies align on clean energy, and where they diverge.

Nothing should be more on-brand for conservatives than owning and controlling your own power. Solar panels could be rebranded as “don’t-take-my-gun-away energy.” Perhaps this is why CEN calls subscribers “energy patriots.”

When millions lost power during Texas’ deadly energy crisis in February, former governor Rick Perry expressed this sentiment of rugged individualism — even if it came at the expense of grid resilience.

“Texans would be without electricity for longer than three days to keep the federal government out of their business,” Perry said.

Of course, independence and resilience shouldn’t be a tradeoff, and no one is advocating it should be. The point is that the concept of energy independence — be it from other nations or your own government — is an attractive idea across the political spectrum.

“As new energy options emerge to meet global demand, nations that lead stand to gain; should the U.S. sit on the sidelines, it does so at considerable risk to our national security,” writes the group on its website.

Some rural communities are beginning to reap economic development benefits from renewables, warming locals to the solar and wind industries. A report from RMI, “Seeds of Opportunity,” says that by 2030, annual revenues from wind and solar projects could exceed $60 billion. That’s on par with the expected revenues from corn, soy and beef combined, America’s top three agricultural commodities. 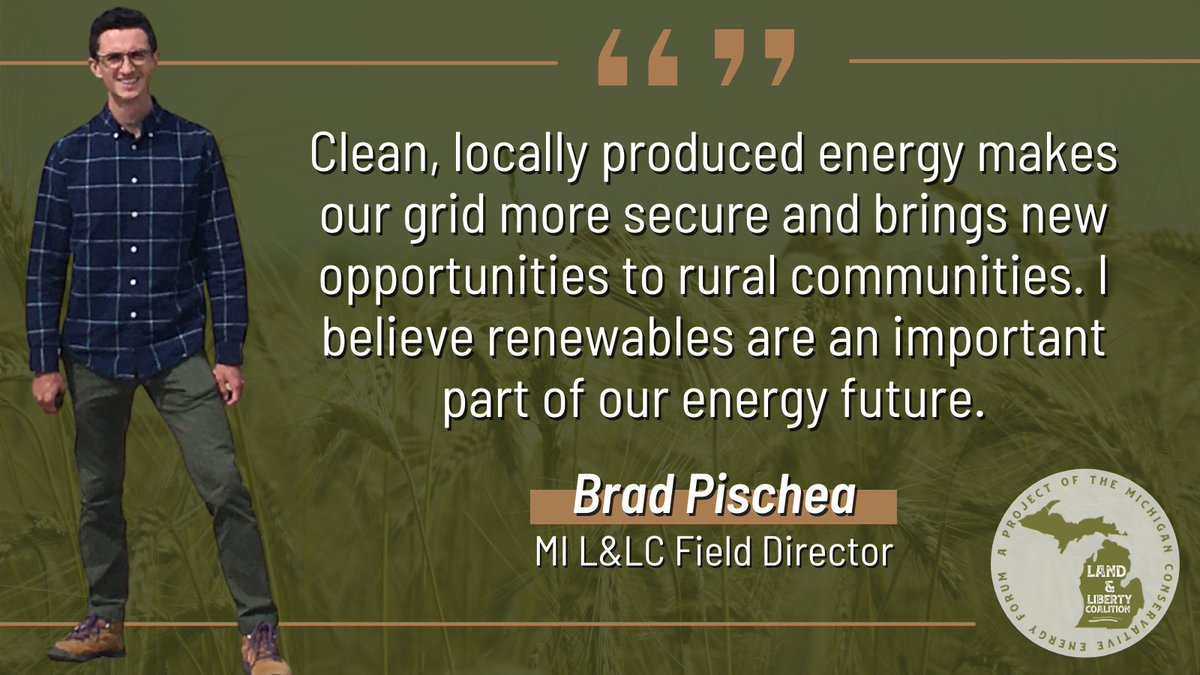 In Texas, renewable energy projects are expected to generate upwards of $5.7 billion in tax revenue for communities and $7.3 billion directly to landowners in lease payments over the life of the projects. This is a welcome revenue stream for farmers trying to make ends meet and communities historically dependent on oil and gas.

“The cows love wind turbines; they walk around them all day and follow the shadows that they cast,” said Louis Brooks Jr. of Nolan County, a Texas rancher, in a report. “We now have good roads on our land [because of the wind farm] that make it easier to take care of our cattle. It has been super. … It is not perfect, but I wish we had more of them on our land.”

In Wyoming, towns previously reliant on fossil fuels have seen local budgets grow thanks to wind tax revenue, including Cheyenne and Rawlins.

The local potential of clean energy is key to some progressive clean energy organizations’ agendas, as well. The Solutions Project, for example, funds 100 local organizations designed to bring the benefits of clean energy to marginalized communities. BlocPower works to bring advanced energy technologies to low-income homes in urban settings.

At the core of these initiatives: owning and controlling energy supports local economies.

America has a proud history of innovation. But the nation has fallen behind in clean energy investment and risks missing out on growing markets. The U.S. ranks fourth, behind Japan, China and the European Union, on research and development for energy technologies as a share of GDP. 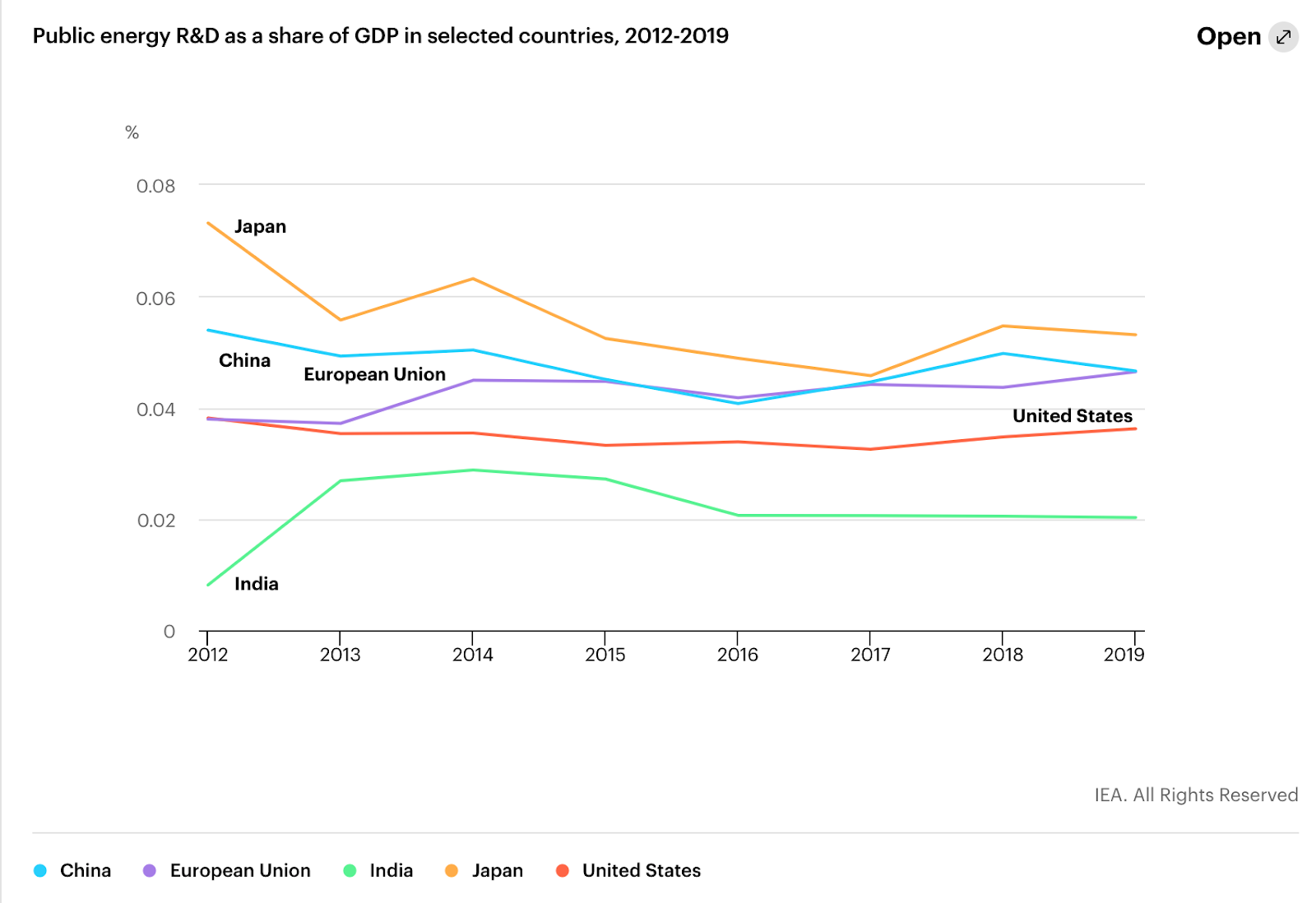 President Joe Biden’s infrastructure bill includes investments to make American companies competitive in the race to develop affordable clean energy technologies. The goal would be to grow the economy and create millions of jobs.

For example, China is dominating in battery innovation and manufacturing globally. Through Biden’s proposed $174 billion investment in the electric vehicle market, the administration sees a path to a domestic supply chain that would keep the economic benefits in America — and position manufacturers to sell abroad.

America’s innovative spirit fits nicely into conservative ideology, as summarized in this quote from Tyler Duvelius, CEN’s director of external affairs (and YCER alum): “America gave the world flight, we put man on the moon and harnessed electricity. Clean energy is the next great frontier of American innovation.” 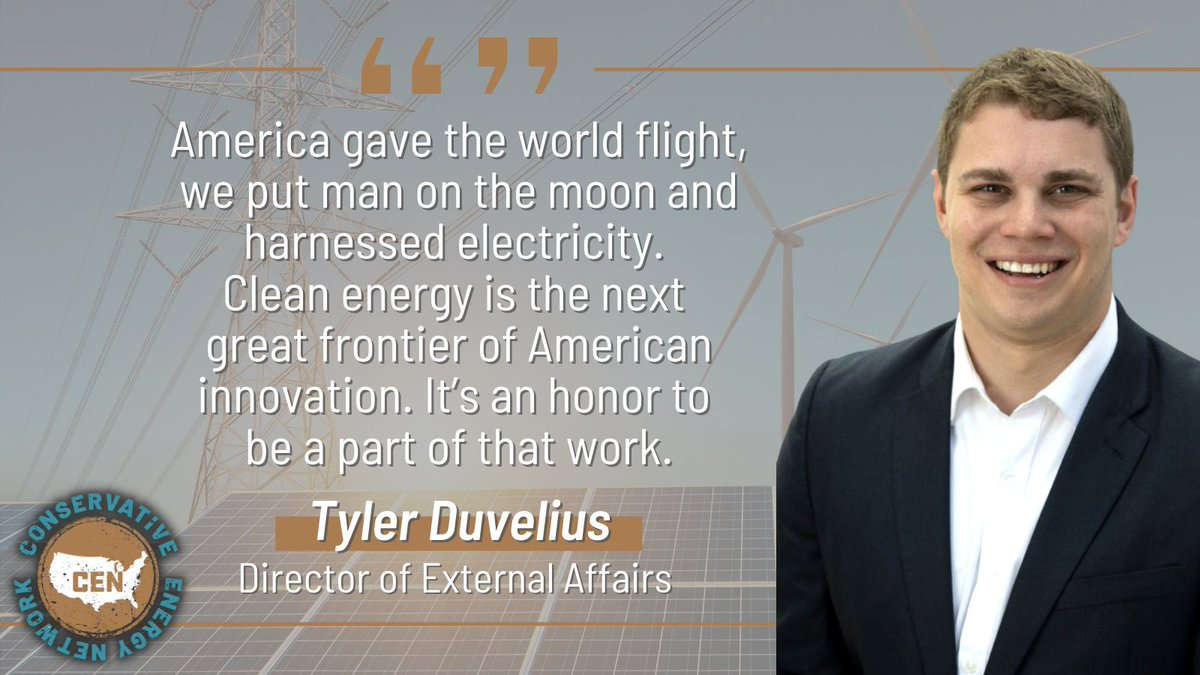 Of course, conservatives also have balked at the idea of the government picking winners, and they point to past clean energy failures as a sign of government overreach. The poster child for this is Solyndra, a solar company that received federal grant money from the 2009 stimulus bill and later went bankrupt.

Progressives point to these investments as an important part of spurring forward other burgeoning technologies, from smartphones to natural gas and the internet.

“You have to step up to the plate and take a swing in order to hit the ball, and sometimes you swing and you miss,” U.S. Energy Secretary Jennifer Granholm to the New York Times. “But if you never swing, you will never hit the ball, and you’ll never get a run. So the overall benefits of the Obama-era clean energy investments were overwhelmingly a net positive.”

Over the years, the fight for racial justice and climate actions have merged in some progressive circles. They are different sides of the same fight, so it is impossible to systematically address one without the others. 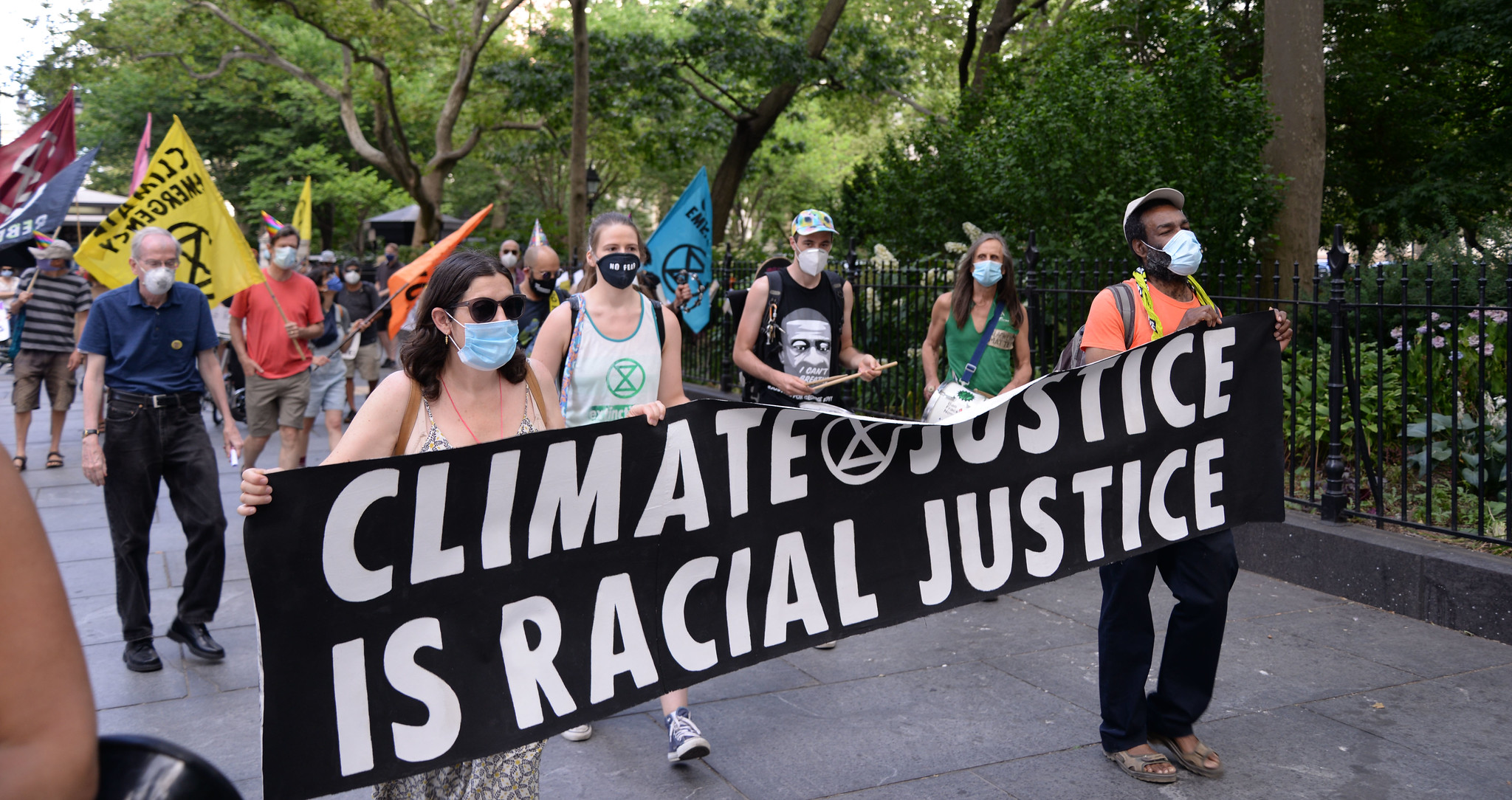 As a candidate, Biden’s climate platform featured addressing environmental racism as one of its five planks. Today, the infrastructure bill features provisions focused on fighting racial and economic inequities.

According to reports, Republicans scoff at those provisions, calling them a “Trojan horse” of liberal policies. The CEN website echoes the idea that the infrastructure proposal is too sweeping in its focus on racial justice. “We cannot afford to wrap a costly political wishlist into a broader infrastructure package,” wrote CEN’s director of policy and advocacy, Landon Stevens, in an op-ed on the organization’s website.

Of course, conservatives can see the economic potential of embracing clean energy without supporting the social justice elements. But this ideological divergence touches such polarizing topics, it seems to inspire everyone to dig in their heels.

DIVERGENCE: The role of fossil fuels in the transition

Most progressive organizations, using climate science as a guide, advocate for the quick transition away from all fossil fuels.

“Our solutions are simple yet effective,” wrote a group of Republican members of Congress in an op-ed last month, including Rep. Dan Newhouse (Washington) and Rep. Kevin McCarthy (California). “Where many Democrats want to shut down, ban and overregulate, we want to incentivize, innovate and progress through market-based solutions.”

Those guided by climate science point to the need to rapidly transition — faster than market forces can act. They also note that decades-long disinformation campaigns from fossil fuels companies mean we’re decades behind on the transition and that delaying action is the latest incarnation of climate denial.

Rewiring America, an organization that has mapped out how to combat climate change through electrification that leans progressive, argues that policy mandate is the only way to reach our climate goals.

“The invisible hand of markets is definitely not fast enough; it typically takes decades for a new technology to become dominant by market forces alone as it slowly increases its market share each year,” the Rewiring America handbook says. “A carbon tax isn’t fast enough, either. Market subsidies are not fast enough.”

While there are certainly differences in the conservative and progressive approach to America’s clean energy future, it’s possible we’re closer to agreement than we think. And that, perhaps, the points of divergence (which are truly important and shouldn’t be ignored), don’t need to stand in the way of progress where it can be made. Especially at a moment when two-thirds of Americans think the government should do more on climate.

Back to all News